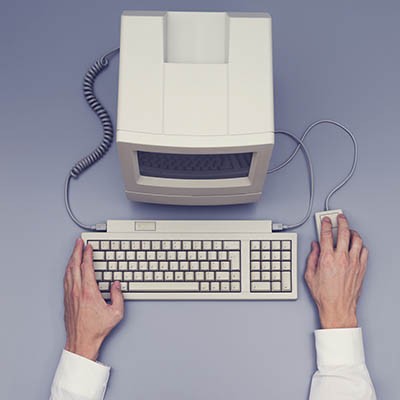 Let’s Take a Look at 50 Years of the Internet Without a doubt, the Internet is one of humanity's most impressive inventions. 50 years ago, the predecessor to the Internet that most of the world depends on, called ARPANET, was launched. Today, we will talk about how that innovation turned into the Internet, and reorganized the way people interacted with computing systems.

In the mid-1960s the United States was firmly in the throes of the Cold War. The U.S. Department of Defense was attempting to find a way to communicate clandestinely. For this purpose they created the Advanced Research Projects Agency (ARPA). A scientist named Joseph Lickliter convinced the DoD to fund a network of connected computers through the country so that engineers and intellectuals from several colleges could collaborate on projects together, effectively making progress a priority. This network was finished in 1969 and was called ARPANET. It is the precursor of the modern-day Internet.

Over the next couple of decades there were major innovations to this network, many of which are the basis for much of the shared computing we have today. One of those innovations is called packet-switching. Packet-switching allows the computer you are using to connect to several other computers at once by sending individual packets of information through the wires. This provides users the ability to quickly get information that would be impossible through circuit switching, the technology that was used prior to the development of ARPANET.

As the network got bigger, the ARPANET engineers had to scrap the system because with packet-switching, each user would have to keep an updated address list in order to properly send and receive messages. This was not feasible with the technology at the time so they decided that Stanford University (who was a founding member of ARPANET) would be the safekeeper for all of the updated addresses on ARPANET in 1973.

By 1977, ARPANET had over 100 computers connected to it; and, with the age of personal computing right around the corner, major changes were on the horizon. Other computing networks started to pop up, but with no continuity between them, communications became a headache for users. This was remedied early in the 1980s with the standardization of sending packets through the TCP/IP protocol.  TCP/IP (Transmission Control Protocol/Internet Protocol) is where the modern term Internet first comes up. We still use this protocol today, making the Internet possible.

ARPANET, realizing that by connecting networks together using TCP/IP they would soon have a problem with too many users to manage. This problem was solved with the establishment of the Domain Name System (DNS). They split the system into domains. The top-level domains (.com, .edu, etc.) established what type of organization you were sending the packet to. Within these domains a second-level domain, provided the organization’s host (such as gmail.com, ucla.edu, etc.) so computers would tell where to specifically send messages. The establishment of the DNS Server would change computing more than any other for decades.

In the late 1980s the U.S. Department of Defense was looking to shut down ARPANET as they believed they it had served its purpose. It was handed off to NSFNET in 1990, shortly after the first Internet Service Provider, The World, opened in Boston, Massachusetts, effectively introducing the general public to the Internet. It wasn’t until 1992, when congress passed a law allowing commercial traffic on the Internet when, the boom really started.

As we all know now, the Internet, which was developed for research and messaging, was soon being used by individuals for those purposes and more. Companies started to look into the applications of selling and advertising products online. Since access was limited at first, the Internet was not looked at as a major commercial hub for companies. This soon changed, however; and, today, every business has some sort of Internet profile.

Today, the United Nations looks on Internet service as a fundamental human right, which is a long way from four connected computers on a single network in 1969. Would you like to read more stories about the history of technology? Leave your suggestions in the comments section below or call us today at (214) 299-8555 with your recommendations.

More posts from author
Wednesday, August 12 2020 Tip of the Week: Searching Google More Specifically
Monday, August 10 2020 5 Benefits of a Document Management System
Friday, August 07 2020 How Have Businesses and Their Technology Been Impacted by COVID-19?